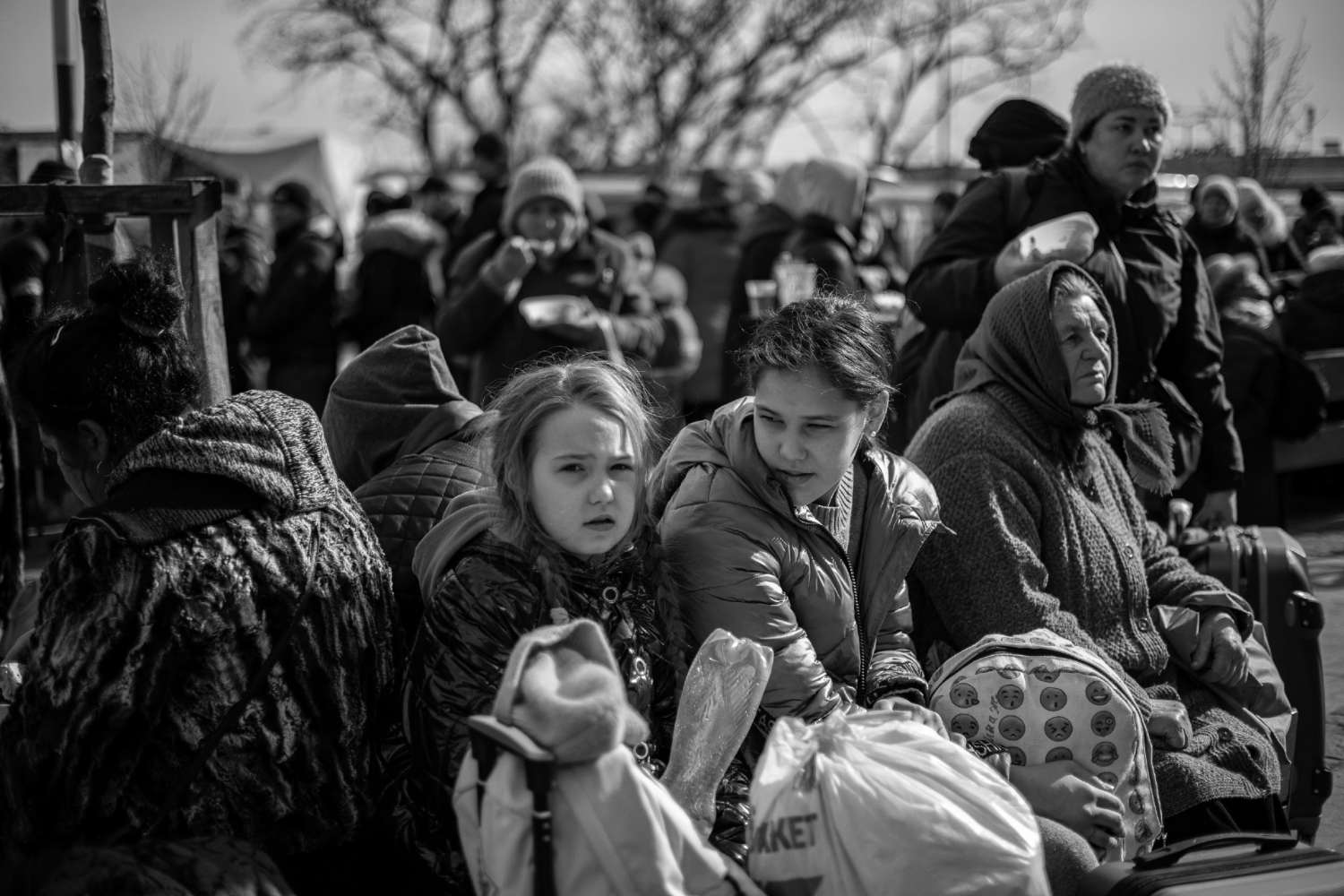 AN EVENING FOR UKRAINE'S REFUGEES

TICKET: £35 – Please consider making a Donation in addition to your Ticket if you are able to support our chosen charitable organisations –

If you can’t join us in person at the event but still want to support our cause you can simply make a Donation.

We are most grateful for your generosity!
Join us

In aid of charities in Poland and Moldova giving shelter, food and comfort to refugees fleeing war in Ukraine.

Speeches by the foremost expert on Putin’s Russia

Music by the Kiva Cello Quartet

With a new arrangement of the Ukrainian National Anthem by Julian Jacobson, includes passages from the Great Gate of Kiev by Mussorgsky

Organised by The Convention, this event will raise funds for the Wonder Foundation which, with its Polish partners, Panorama and Pontes, will provide long-term support for 600 families over the next year including accommodation for 125, as well as help with employment, education and assimilation to Polish society.

We are also supporting Katalyst, a food business incubator in Moldova that pivoted within hours of the invasion to preparing meals for refugees arriving in Europe’s poorest country, and providing them with food packages, accommodation, work and education.

Meeting the needs of the largest refugee crisis in Europe since 1945 is one of the great challenges of our time. The appalling things being done by Russian forces in Ukraine are in some way being countered by an extraordinary outpouring of generosity and commitment along Europe’s eastern border. After the UK’s shameful initial response, we are extremely glad to be part of this unprecedented effort in Europe. We hope you will be, too.

There are no words for what is happening in Ukraine. But we must speak about it; and we must act. That’s why, rather than arranging a programme of political events, the Convention has emerged from the Pandemic to stage a fundraiser for the refugees of Ukraine on March 30 at the Tabernacle, in West London.

At the outset, however, a political point needs to be made about Britain’s response to the plight of millions of people, most of them women that have been forced to flee their homes and leave their menfolk to defend their country. The pain of separation and the dislocation suffered by so many is almost unimaginable. But the darkness they’ve fled has been met across Europe, particularly in the countries that border Ukraine, with a generosity and commitment that is probably unique in European history.

Nothing can make up for what Ukrainians have lost, but this display of mass empathy has mattered. If someone says they understand what you’re going through, your pain is always a little less.

This is the objection to the British Government’s behaviour – there was no empathy, not the slightest attempt to understand what it’s like, overnight, to be left without home or future and worrying about fathers, sons, brothers, husbands, and lovers, who were forced to stay behind and to face Putin’s armies. After affording every possible convenience to wealthy Russians and their dirty money over the last 20 years, the UK government unbelievably began talking about quotas and the security risk presented by Ukrainian women and children trying to seek refuge here.

Home Secretary Priti Patel was forced to change her insensitive approach by public sympathy for Ukraine, but the government’s response is still nothing like as generous as our European neighbours. Incidentally, this is not just the failing of one individual. On BBC Question Time, Suella Braverman, the Attorney General, supported the idea that Ukrainian refugees presented a security threat to the UK, and, early on in the crisis, Migration Minister Kevin Foster suggested that they could apply to pick fruit in the UK.

Leaving aside the obvious fact that until mid-summer there’s no fruit to pick in Britain, the heartlessness and failure of imagination in the government are astonishing and, in modern times, probably unprecedented. Perhaps this comes from the Prime Minister who’s never been noted for his empathy. Or was it generated by a belief that xenophobia is still the motivating force in a large part of the public, and that this would be good electorally for the Conservative party?

Either way, the British public has shown that it is as much capable of empathy as our friends in Europe, and it is in this context that The Convention is pleased to put on an emergency fundraiser, which will feature talks by the Russian expert and writer Misha Glenny, the historian Sir Simon Schama, readings from Sinead Cusack and Jeremy Irons and music especially composed for the evening.

We’ve chosen the charities working in Poland and Moldova, Europe’s poorest country. Both are concerned with the immediate aide of food, shelter, and warmth, but they also have long-term plans to help Ukrainian families.

The UK-based Wonder Foundation, with its Polish partners, Panorama and Pontes, will provide accommodation for 600 families over the next year, as well as help with employment, education and assimilation to Polish society.

In Moldova, we will fund Katalyst, a food business incubator that pivoted within hours of the invasion to preparing meals for refugees, and either providing them with food packages for onward journeys, or with accommodation, work, and education.

Katalyst works on a smaller scale than the Polish charities, but it is doing every bit as a good a job on the frontline of this crisis and it is exemplary of the spontaneous, open-handed response on the eastern borders of Europe.

We’re happy to be associated with both operations. We hope you will come to our event on March 30 at the Tabernacle or give as much as you can in support. For one thing, it sends a message to our government that we are still very much a European nation and that Prime Minister’s recent attempt to rekindle the suspicions and xenophobia of Brexit is nothing but crude political opportunism.

What he and his minister have said these past few weeks is not what Britain is about.