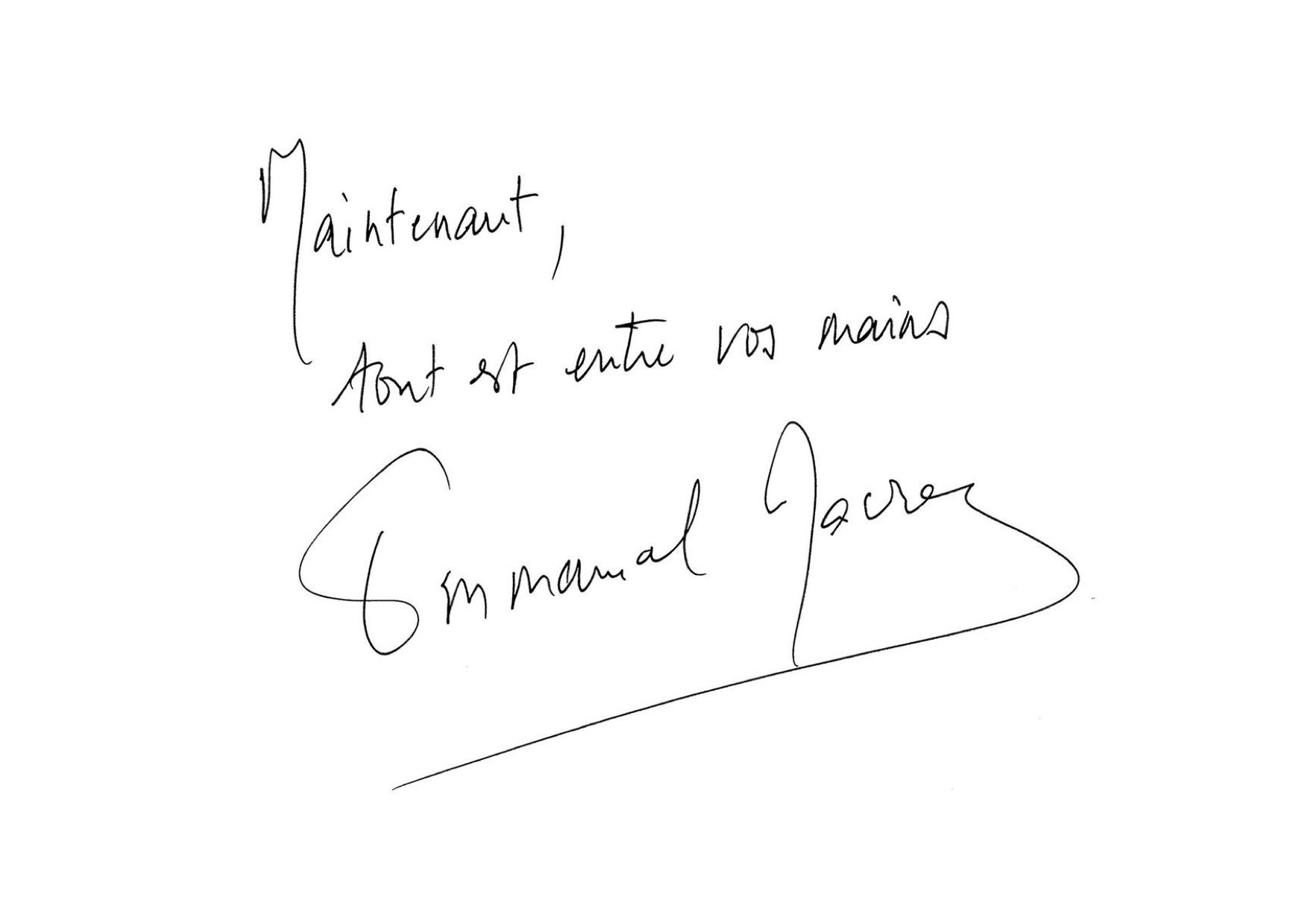 "Now, everything is in your hands"

In the last email from En Marche that members of the ‘mouvement’ received on Saturday, the day before the French went to the polls, Emmanuel Macron told us that ‘everything is in our hands’.

I’m a French citizen living in the UK, I’m the producer and co-curator of The Convention, I voted Macron yesterday, and he is now through to the second round against Marine Le Pen. He came first with 23.7%. Le Pen of the far-right National Front (FN) followed with 21.9%. The pair will go through to a run-off vote on May 7. I am confident that in two weeks Emmanuel Macron will be our new President. He is going to lead France.

We’re turning a page in French political history. Macron is not only the best for our country, for Europe and for our children. He is also an outsider who has managed to rejuvenate politics and our belief in democracy. If indeed he is elected in the second round on May 7, there will be serious consequences for the United Kingdom and its negotiations with the EU. Opinion polls have consistently predicted Mr Macron defeating his rival in the run-off, taking around 60% of the vote.

As a centrist and a Macron supporter, I prefer to completely dismiss the Front National, well known for its violence and its intolerance. Marine Le Pen’s programme would lead France to bankruptcy and Europe into chaos, as well as prompt heightened tensions between France’s ethnic minorities.

As the result became clear at London’s En Marche HQ yesterday, I witnessed a spirit of dynamism and optimism that completely contrasted with the negative message of Marine Le Pen’s supporters. How great was it to be among the victorious, and the occasion reminded me of the 1998 World Cup.

There can be little doubt that the French look set to back Emmanuel Macron in the second round and so draw back from the disaster that a Le Pen victory would mean for my country and, of course, Europe – it is significant that the value of the euro rose as the results came in. Speaking for myself, this is not going to be a new page, or a new chapter, for France: it’s going to be a new book and an entire new story.

In the light of Macron’s victory, it’s important for British people to reflect on these new hopes: not only for France, but also for Europe and for democracy as a whole. The Convention will highlight the consequences of this new leadership, and a probable new Franco-German alliance, especially with its impact on Brexit negotiations. Theresa May now has to deal with a new French President whose priority is to protect Europe.

But Macron’s victory is essential in the grand scheme of world politics. 2016 brought us Brexit and Trump, the dark ages of populism. This year Macron is the proof that there is an alternative. A renaissance. This is why his election is pivotal on the world stage: it is synonymous with optimism.

And it could also show us, before the election in the UK on June 8, that ‘now, everything is in your hands’.