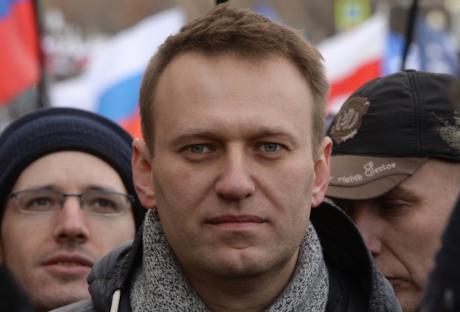 Why Russia is a European problem

The Internet has changed politics for good, even in Russia where the leader of the Opposition Alexei Navalny launched a video in early March, accusing Prime Minister Dmitry Medvedev of being at the centre of network of corruption run by cronies and former school classmates. The 50-minute programme, which was put together with the help of an anti-corruption NGO and has received 18.5 million views in a little over a month, is responsible for a surge of support in the opinion polls for the 40-year-old lawyer.

Mr Navalny has just emerged from two weeks in jail after being sentenced for organizing the largest anti-Putin protest in many years. In an interview with the Financial Times on his release, he said that the rising poverty in Russia had lowered “the fear level” in his country. When you look at the evidence that has been painstakingly assembled in this documentary, which includes the identification of a pseudonymous Instagram account run by Medvedev, the disparity between the life of the political elite and ordinary Russians is as shocking as anywhere in the world.

Why do Mr Navalny’s activities concern the Convention on Brexit & the Political Crash? Why don’t we just concentrate on our own parochial problems, which are surely big enough for any conference?

For one thing, the Convention is dedicated to democratic and liberal values and honours the kind of political courage that Navalny has shown since he emerged to lead protests against state-owned companies in 2011 and 2012: few in the West ever had to stand for their political principles in the way that Navalny does. But there is another more important reason – the corruption and manipulation that are defining features of Russian political landscape have now begun to play a key part in distorting the democratic processes of the West.

The contagion spread, unnoticed at first, through the American elections. The Senate Intelligence Committee is now investigating the hacking of candidates by Russia and the coordinated attacks on social media. The FBI has revealed that during the election it obtained a secret court order to monitor Carter Page, an adviser to Donald Trump, because there was ”probable cause’ that Page was acting as an agent of foreign power – namely Russia. Mr Page may be entirely innocent of any wrongdoing of course – he has not been found guilty of any charge and he says he has nothing to hide – but a few years ago these stories were unthinkable. Today, it is as if we are reading the daily instalments of a paranoid thriller – people are having difficulty understanding the threat is real.

Yet it is. Russia is backing Marine Le Pen’s run at the presidency in France with money and covert campaigns on the web. In Germany, fake news designed to stir up hatred against Muslim immigrants has been attributed to Russian operations. Russia’s spectral presence is everywhere in the web. Rather than being simply the remote but potent military threat of the Cold War imagination, it has become part of our politics – make no mistake about that.