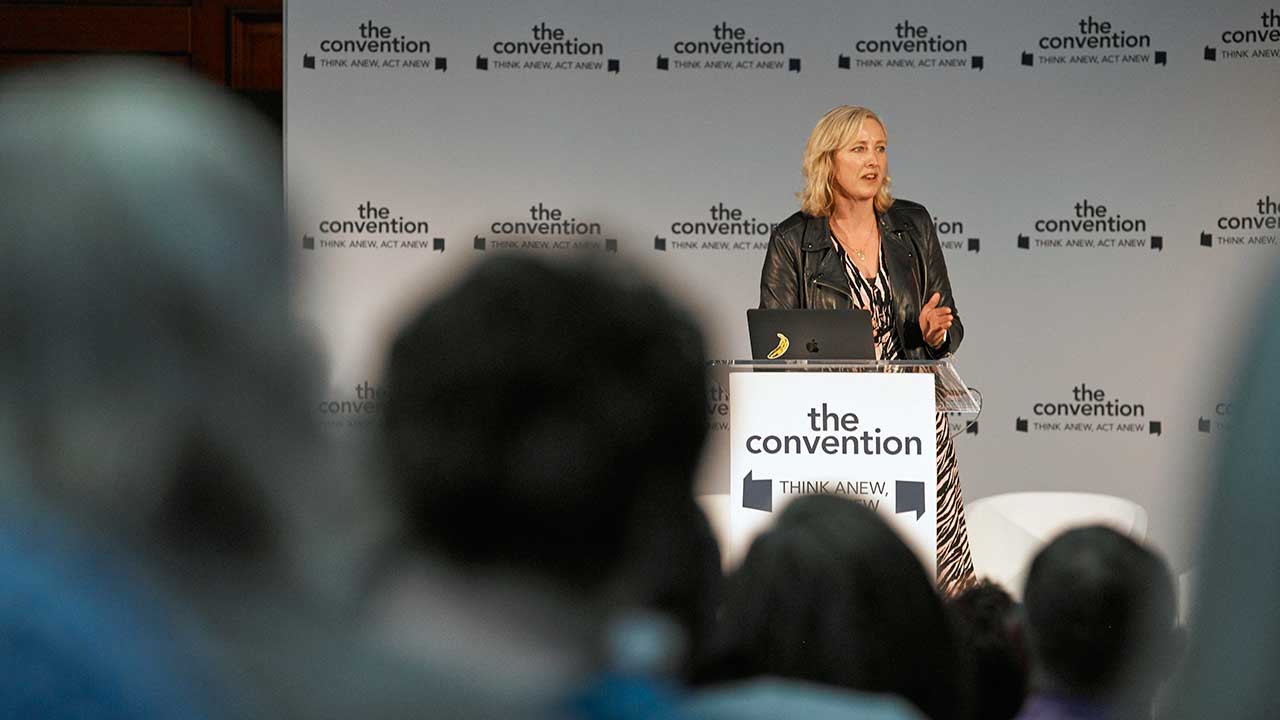 
The Convention: Never Again! was held on June 4, 2019, at the Emmanuel Centre, Westminster.

How we protect British democracy from social media and dark money.

This essential Convention calls time on the scandal and demands the authorities respond to widespread alarm at the growing menace of foreign money and social media’s influence on British elections now and in the future.

We have pulled together key investigators, politicians, lawyers and commentators to focus on the issues that so many would rather forget and provide a plan for saving the integrity of our democracy and law.

Our action-packed sessions included: Former President of Supreme Court Lord Neuberger who made a major intervention on the Rule of Law ; Lib Dem leadership frontrunner Jo Swinson MP who assessed how to safeguard liberal democracy in the Trump era ; award winning investigative journalist Carole Cadwalladr talked about the landscape of corruption ; and former Conservative Attorney General Dominic Grieve QC looked at the threats we face as a democracy.

ANOTHER VOTE IS POSSIBLE


The Convention: Another Vote is Possible was held on January 11, 2019, at the Emmanuel Centre, Westminster.

An emergency convention on a second EU referendum, which is the only way to break the deadlock in Parliament. It also offers a vital chance to bring the country together around what is best for the UK’s future and its young people.

The Convention prepared for what will be the most important public engagement of our times. Any new referendum campaign should be conducted in a radically different manner to the 2016 vote, with a new focus on the positive benefits of EU membership and free movement, as well as on the profound faults in British politics that have led to so much division and alienation.

The Convention drew on new voices from within and outside Parliament, particularly focusing on new thinking by Caroline Lucas and other high profile speakers such as Carole Cadwalladr, James O’Brien, Fintan O’Toole, Ian Dunt, Jonathan Coe and Jarvis Cocker ; voices from all parties and from every corner of the UK and beyond. It aimed to make a critical intervention as MPs consider the Prime Minister’s deal in the following week.

We cannot go back, only forwards, which is why much of the event was ran by and for young people and with an emphasis on audience participation. This critical intervention sought to support the principle of informed consent and promoted the message that Britain has far more to gain than fear from a final say.

BREXIT AND THE POLITICAL CRASH

The Convention on Brexit and Political Crash was held on May 12 and 13, 2017, at Central Hall, Westminster.

The event was conceived as a way of facilitating public debate around Brexit and the political upheaval in Western democracies – a debate that we felt was lacking. From the start, backers, organisers and our media partners – OpenDemocracy and The Observer newspaper – agreed that the Convention should embrace all political parties and both sides of the Brexit issue. This was not to be a rally, but a forum for every possible view on the state of Britain and the future of liberal democracy in the West.

Our aim was simple – to hold free, open and respectful discussion. Over 100 speakers took part in 20 sessions, which included debates, interviews, keynote speeches, panels and one open forum. Some 2,000 people attended over two days, and a large number of audience members contributed to the Q&A sessions, debates and the big open forum on the second day. The last session in the Main Hall asked – ‘How do we reconnect people with their politics?” The Convention provided one answer – a free and candid exchange of views doesn’t always brings agreement, but it does bring better understanding.

YOUR DEBATE ON BRITAIN'S FUTURE

The Convention was the first large scale, two-day public debate on the deep impacts of Brexit and the Political Crash. The vital debate that government never allowed to happen.